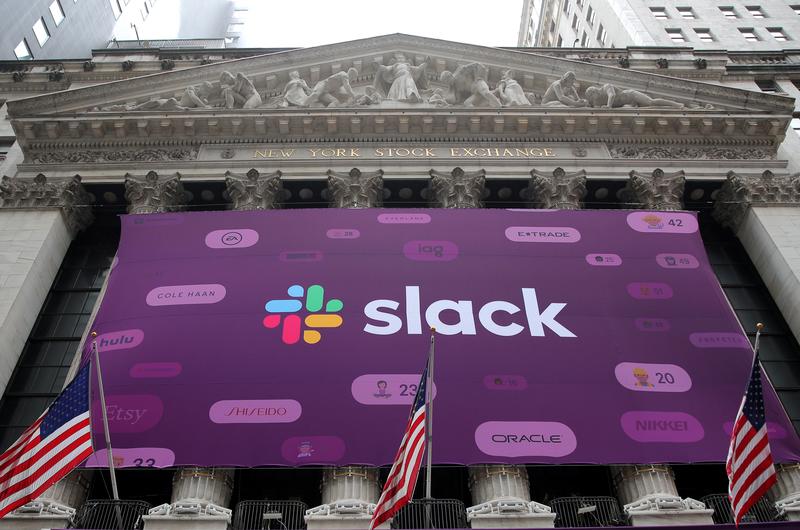 (Reuters) – Salesforce.com Inc has agreed to buy workplace messaging app Slack Technologies Inc in a $27.7 billion deal, the biggest by the cloud-computing pioneer as it bets on an extended run for remote working and sharpens its rivalry with Microsoft.

The deal enables Salesforce to provide a unified platform for businesses to connect their employees, customers and partners with each other and the apps they use, bolstering its enterprise portfolio.

For Slack, the deal comes as it struggles to fully capitalize on the switch to remote working during the COVID-19 pandemic.

Slack changed workplace communications by focusing on real-time messaging that could be broken into conversations with groups assembled on the fly, a more nimble platform than email.

Microsoft has also bundled Teams with many of its office software packages, an added attraction for companies looking to save costs during the disruption caused by the outbreak.

“The deal allows Salesforce to get deeper into collaboration and business communication and it’s good for Slack, especially to grow their penetration into non-tech companies,” DA Davidson analyst Rishi Jaluria said.

Slack shareholders will receive $26.79 in cash and 0.0776 shares of Salesforce common stock for each Slack share, or $45.5 per share based on Salesforce’s closing price on Tuesday.

The offer represents a premium of 54% since the first report emerged last week about the deal talks.

Slack shares fell marginally to $43.73 in extended trading on Tuesday, while Salesforce’s stock declined above 4%.

“(Salesforce) shares will likely be range-bound in the short term given the large transaction, but we are believers in the benefits of this deal to CRM and see shares recovering,” Barclays analyst Raimo Lenschow said.