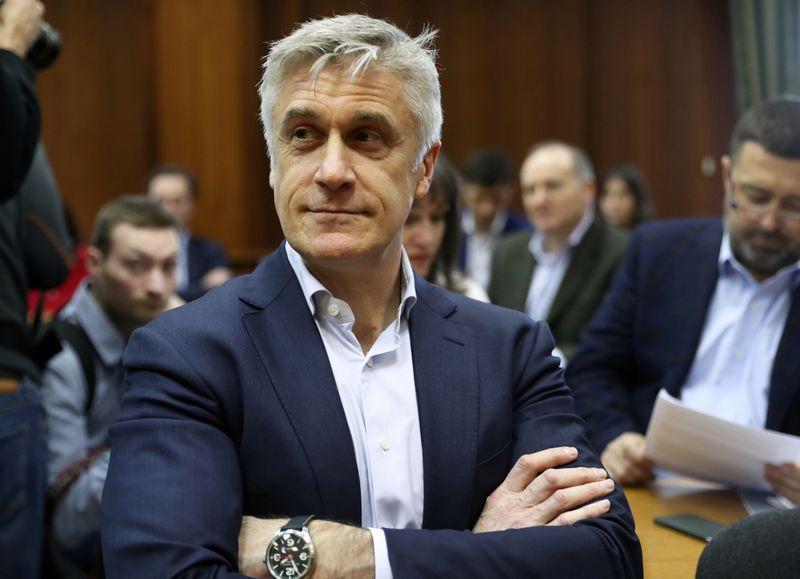 MOSCOW (Reuters) – Russia’s Sovcombank has agreed to buy Vostochny Bank, the small lender that was at the centre of the country’s biggest corporate dispute involving foreign investors for more than a decade.

Vostochny hit the headlines after U.S. investor Michael Calvey, the founder of private equity group Baring Vostok, was detained along with other fund executives in 2019 after state investigators accused them of embezzlement related to the bank.

Calvey, who was released along with some other Baring Vostok managers from house arrest last November, denied any wrongdoing and alleged a battle for control of Vostochny was behind the case against him and others.

It was the biggest corporate battle involving foreign investors in Russia since BP clashed with its local partners over their TNK-BP joint venture in 2008.

A Moscow court continues to hear Calvey’s case. Rival shareholders in Vostochny said in October the corporate dispute at the bank had no connection to the criminal case.

Sovcombank, Russia’s third biggest private bank and among the country’s top 10 by assets, did not disclose the financial terms of the deal.

More:  Mediobanca drops plan to buy a stake in Indonesia's BFI due to COVID-19 crisis

Sovcombank is co-owned by a number of Russian businessmen, including Sergei Khotimsky and his brother Dmitry. The sovereign wealth funds of Russia, China, Saudi Arabia, Japan and Qatar hold minority stakes.

Sovcombank said it expected the deal to close within a few weeks of being approved by the central bank and the Federal Antimonopoly Service, and that it expected to integrate Voctochny over 12 to 18 months.

Sovcombank, which has made a number of mergers and acquisitions in Russia in recent years, plans to increase retail lending by 20% and corporate lending by 20-25% this year, Sergei Khotimsky told Reuters this month.