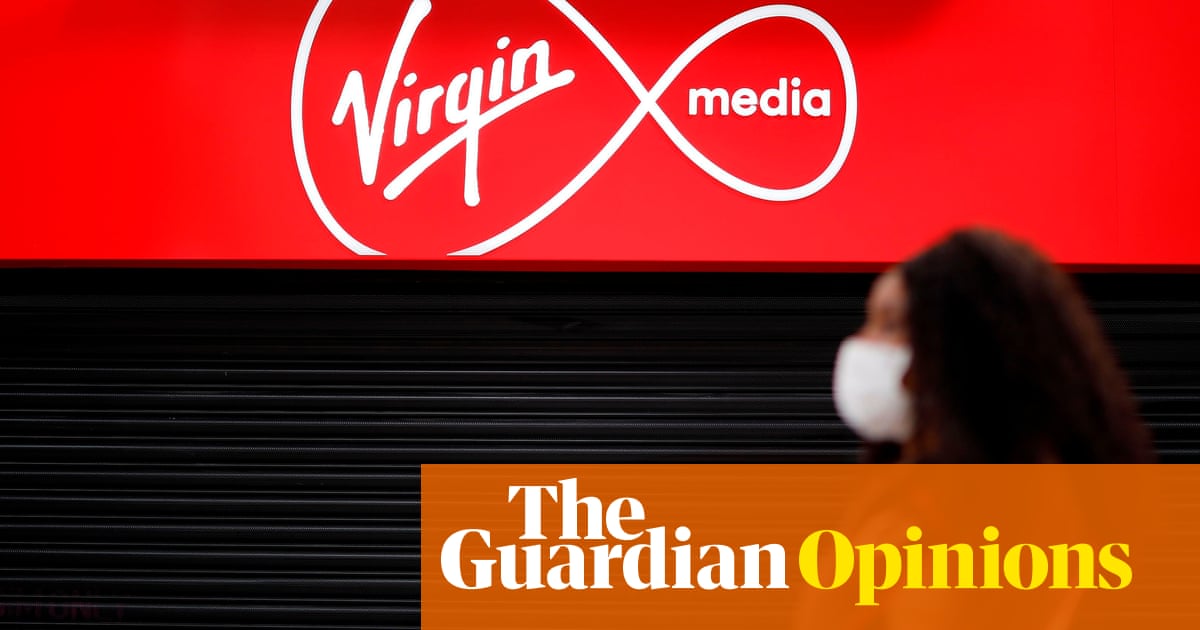 Prepare to be told that the proposed merger of Virgin Media and O2, now officially under discussion, will “reshape” the industry in the UK. In practice it will probably do the opposite. A combination of the biggest cable owner and the biggest mobile operator is far more likely to cement market shares. Regulators should be on high alert.

Both parent companies – Liberty Global in Virgin’s case and Spanish group Telefónica with O2 – seem to be motivated primarily by the chance to extract a few cost savings. Making life hell for BT may be well down their list of priorities.

John Malone, Liberty’s 79-year-old founder and driving force, is an opportunistic deal-maker who has seen that mobile and fixed-line assets are converging in the age of 5G. He wants a UK mobile partner, which means either O2 or Vodafone.

In the case of debt-laden Telefónica, its plan A – a £10bn sale of O2 to Hong Kong’s CK Hutchison, owner of Three – was blocked by regulators in 2016. A deal with Liberty is its next best option. Telefónica gets to extract a few billion quid of cash in equalisation payments to make the new venture a 50-50 enterprise. But its UK assets also become less risky in the new converged world.

Analysts reckon Virgin/O2 may be able to save £500m a year in combination, but don’t expect much (or any) of that sum to be redeployed in price cuts for consumers. Instead, we’ll be told the savings are required to fund the next round of investment in broadband and 5G infrastructure.

Up to a point, that argument has merit – massive spending on new kit is needed – but it would be nice if competition authorities remembered to extract a few up-front benefits for consumers. Opportunities don’t come along often.

Unfortunately, the regulator’s hand is weak. BT’s purchase of EE was approved in 2016 with no competition remedies, which paved the way for the copycat deal now coming into view. Perhaps a merger involving Virgin Media was inevitable, as deal-making investment bankers have been saying for ages, but the logic feels dispiritingly defensive.

To no surprise whatsoever, the Financial Reporting Council will investigate EY’s 2018 audit of NMC Health. Less than a year ago, this Abu Dhabi-based operator of private hospitals was a FTSE 100 company worth £4bn. Now it’s in administration and its directors at the end said they (or, rather, their investigator) had unearthed $4bn (£3.2bn) of undisclosed debt. So, yes, an audit postmortem was inevitable.

But the wider issues also matter. NMC was a prime example of the London financial market’s love affair with overseas-based companies with few ties to the UK. This open-doors approach to listing in the UK is great for bankers, promoters and exchanges, but who is checking the quality of the arrivals?

After past misadventures in the mining sector – think Bumi, out of Indonesia, and ENRC from Kazakhstan – governance rules were supposedly tightened to protect minority investors in firms with controlling shareholders. Now there’s NMC, which was also dominated by a few large investors and could also boast the usual crew of blue-chip advisers (Barclays, JP Morgan Cazenove and HSBC in its case).

The Financial Conduct Authority’s inquiry into NMC is therefore as important as the FRC’s investigation into EY. In fact, the process of self-examination would be better if somebody had the job of checking the FCA’s own contribution to London’s love of overseas listings. Were the last set of governance reforms up to scratch?

State support of airlines being dished out irrationally

Congratulations to Norwegian Air, which has avoided bankruptcy by wiping out (more or less) its owners and persuading its bondholders and owners of its planes to become shareholders. The mammoth debt-for-equity swap was the price to be paid to secure a government bailout and management got its deal across the line on Monday, which was not a given.

Yet the survival of Norwegian also illustrates the truth of the grumbles from Willie Walsh at IAG and Michael O’Leary at Ryanair – an awful lot of economically irrational state support is being given to airlines that were in poor shape before coronavirus. The airline market has also been full of distortions, of course – but never more so than now.