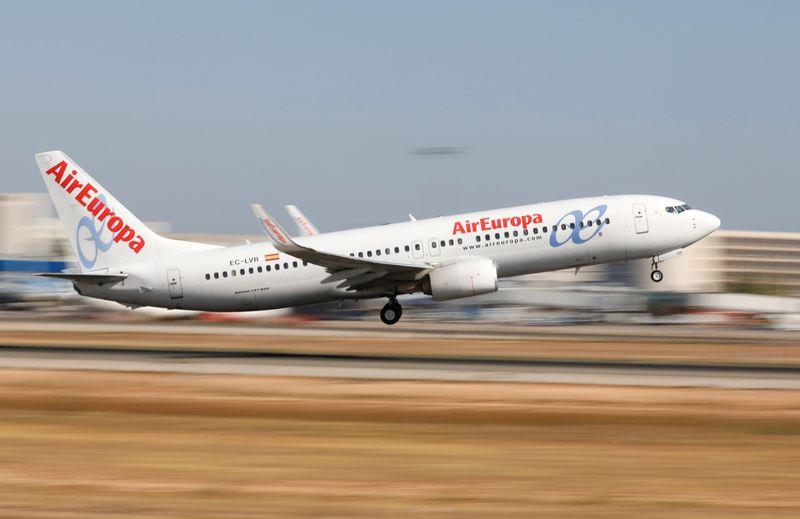 LONDON (Reuters) – British Airways and Iberia owner International Airlines Group has agreed to buy Spain’s Air Europa for 500 million euros ($606.7 million), after the pandemic cut the price in half and IAG struck a deal to defer payment for six years.

Under the amended deal, Iberia, which is buying Air Europa on behalf of IAG, will not pay the 500 million euros until the sixth anniversary of the acquisition’s completion, the companies said in a statement.

The COVID-19 pandemic has upended the airline industry since the deal was originally struck in November 2019, bringing most international travel to a halt.

Air Europa been supported by loans from Spain’s state-owned industrial holding company SEPI during the crisis.

Over the last year, IAG has said it still wanted to buy Air Europa, but its finances have also been squeezed, and it was forced to tap investors for 2.74 billion euros while also shedding thousands of staff to survive. It has been pushing for a price cut on Air Europa from sellers Globalia.

The new deal is conditional on the satisfactory negotiation between Iberia and SEPI regarding non-financial terms associated with loans provided by SEPI. A Spanish newspaper said in December that the deferral would give Air Europa time to repay the state aid package.

Iberia’s former boss Luis Gallego is now chief executive of the entire IAG group, making him particularly aware of the strategic rationale of the deal for IAG: to boost the Madrid hub with new connections to Latin America and generate cost and revenue synergies.

“I am pleased that we have reached agreement with Globalia to defer payment until well into the expected recovery in air travel following the end of the pandemic and when we expect to be realising significant synergies resulting from the transaction,” Gallego said in the statement.

Given current cash pressures due to a lack of travel, IAG said that net cash outflow from the deal would be minimal in 2021.

The statement said the completion of the deal was expected to take place in the second half of 2021 and the acquisition would be subject to approval by the European Commission.

Reporting by Sarah Young in London and Aishwarya Nair in Bengaluru; Editing by Jacqueline Wong and Louise Heavens