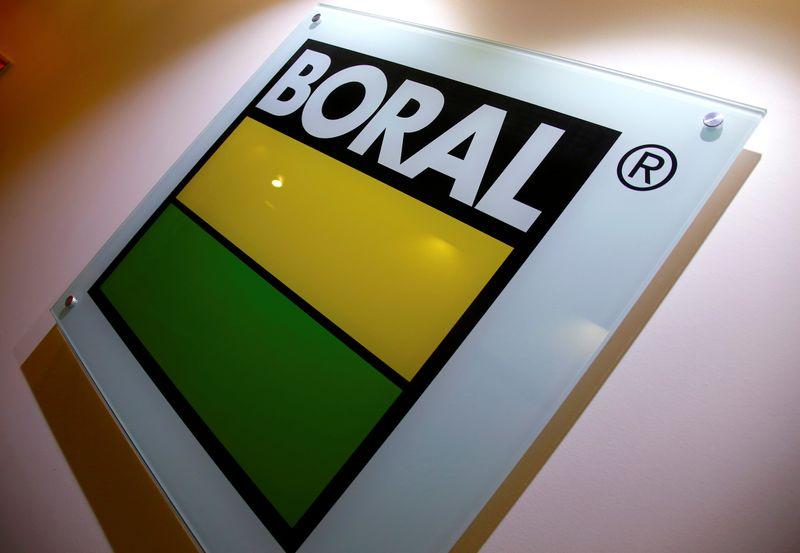 SYDNEY/BENGALURU (Reuters) – Top Australian building materials maker Boral Ltd BLD.AX said it was selling out of its plasterboard business and considering exiting the United States, a retreat from a global expansion strategy as the novel coronavirus batters construction markets.

The shake-up effectively ends a seven-year offshore acquisition spree that led to a hefty writedown in 2020, and focuses the company on its domestic operations which generate about half its profit. The A$6 billion ($4.3 billion) company brought in a new Chief Executive in July to review the business.

At its annual meeting on Tuesday, the company said it would sell its half-share of plasterboard joint venture USG Boral to Germany-based co-owner Gebr Knauf KG for $1.015 billion, ending an arrangement that started in 2013 and which gave it presence in the segment in Asia and the Middle East as well as Australia.

Boral said it would meanwhile consider selling assets in the United States, where a 2016 acquisition of rival Headwaters led to earnings downgrades, an impairment charge and the discovery of overstated profit at the newly bought company.

“With the industry fully aware that we have been undertaking a global portfolio review, we have been approached directly and indirectly with third-party interest in our U.S. assets,” said Boral CEO Zlatko Todorcevski at the annual meeting.

“We intend to explore third-party interest in our North American building products businesses to assess if there are enhanced value creation opportunities.”

Boral shares were 4% higher in morning trade, against a broader market .AXJO decline of 1.3%, as analysts cheered an above-market sale price for the joint venture stake and a possible exit from an underperforming U.S. business.

“The Knauf price tag will have likely exceeded market expectations and starts a balance sheet remediation process that will accelerate,” Jefferies analysts wrote in a client note in which they valued the asset at $900 million.

“BLD tomorrow will look very different to the BLD of today,” they said, referring to Boral using its stock market code.

Reporting by Byron Kaye in Sydney and Shruti Sonal in Bengaluru; Editing by Grant McCool and Christopher Cushing