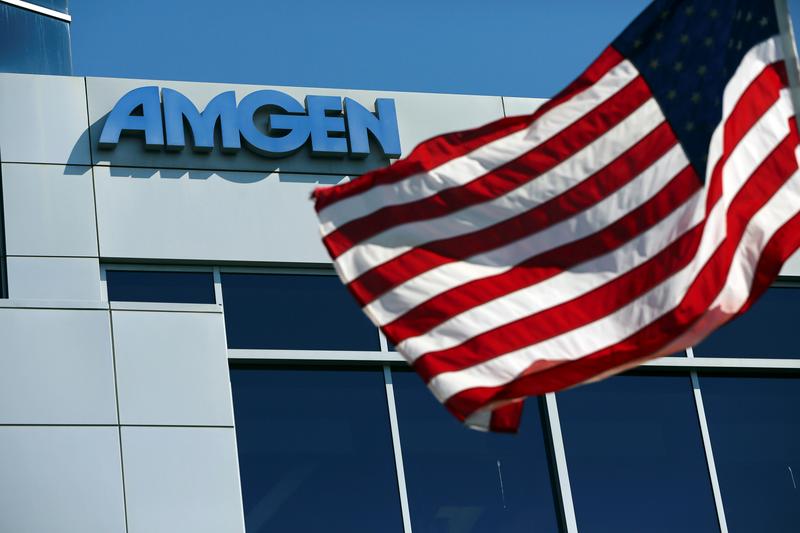 (Reuters) – Drugmaker Amgen Inc is buying Five Prime Therapeutics for about $1.9 billion and adding a late-stage gastric cancer drug candidate to its line of cancer treatments, the companies said on Thursday.

The deal comes as Amgen looks to expand in the oncology market in Asia-Pacific region, where gastric cancer is more prevalent.

It gained a toehold in China in 2019 through a 20.5% stake in Chinese cancer drugmaker BeiGene Ltd for nearly $3 billion.

Through the latest deal, Amgen will get access to Five Prime’s lead drug candidate, bemarituzumab, which is ready to enter a late-stage study for treating advanced gastric cancer.

“While gastric cancer may be a small market in the United States, it could provide a significant opportunity in Asia”, Truist Securities analyst Robyn Karnauskas said.

Amgen will also get a royalty share on future sales of bemarituzumab in China, where Five Prime has a marketing and development deal with Zai Lab Ltd.

The treatment had shown improved overall survival and reduced risk of gastric cancer progression in a mid-stage study.

Bemarituzumab works by targeting a gene called FGFR2b, which when mutated may cause the overexpression of a protein involved in cell division.

The treatment is an addition to Amgen’s two other gastric cancer drug candidates, AMG 910 and AMG 199, which are in early-stage trials.

Amgen will pay $38 per Five Prime share, representing a premium of nearly 79% to the company’s last closing price of $21.26.

Reporting by Manojna Maddipatla in Bengaluru; Editing by Arun Koyyur