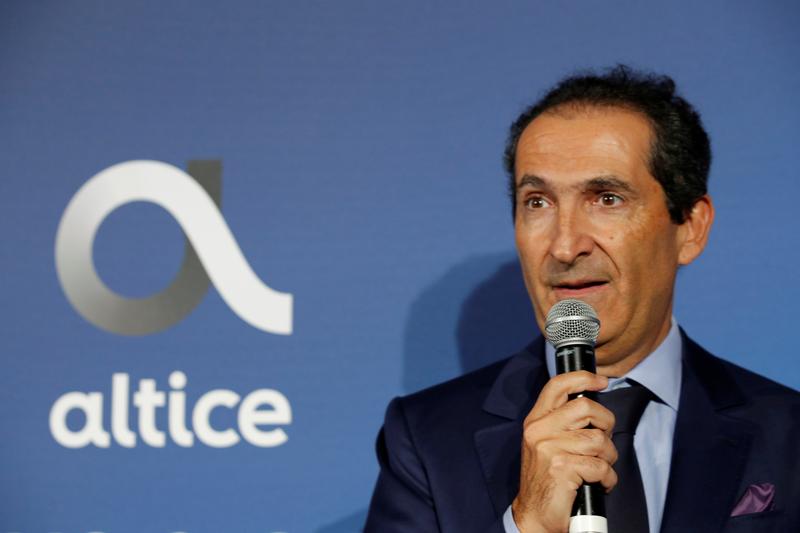 PARIS (Reuters) – Altice Europe’s ATCA.AS billionaire founder Patrick Drahi has offered to buy all the shares he does not already own in the telecoms and cable group, in a deal valuing the group at 4.9 billion euros ($5.8 billion).

Drahi, the largest shareholder in Altice, which is behind mobile phone operator SFR in France, will offer 4.11 euros a share in cash, representing a premium of 23.8% over their closing price on Sept. 10, the company said in a statement on Friday.

Shares in the group surged nearly 25% to 4.14 euros by Friday afternoon.

They are down 28% so far this year, although the shares were trading at above 6 euros each seven months ago, well above the premium level on offer.

The move comes after years of investor scrutiny over Altice Europe’s high debt levels, which have weighed on its share price, although the company had recently chipped away at that burden and has gained traction with subscribers in France.

The Amsterdam-listed company and Drahi’s buyout vehicle, Next Private, said in a joint statement that the offer was aimed at reducing share price volatility as well as costs.

“The business can more successfully focus on the long-term following delisting in a wholly privately owned set-up,” they said, adding that Altice Europe’s board recommended the offer.

“The equity story is a frustrating one (for him) now. Everyone is focused on the debt and technically there’s not a lot that can be done about it,” one source close to the discussions said.

Drahi built up the group through acquisitions in France and also branched out into the United States, purchasing Cablevision and Suddenlink Communications and listing the unit as Altice USA ATUS.N in 2017.

Telecoms firms now face huge investments to develop their next generation of networks and keep up with rivals, including in 5G.

Is Amazon looking to acquire AMC?