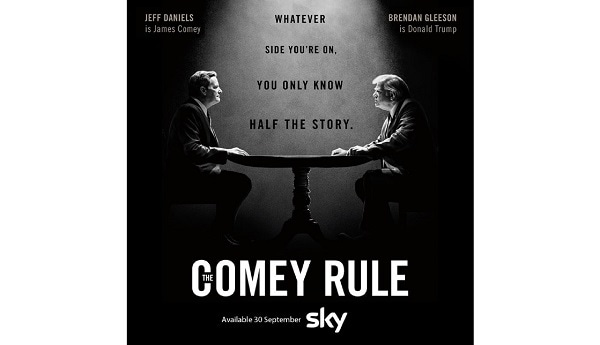 Based on Comey’s No. 1 New York Times bestselling book A Higher Loyalty and more than a year of additional interviews with a number of key principals, THE COMEY RULE is an immersive, behind-the-headlines account of the historically turbulent events surrounding the 2016 presidential election and its aftermath, which divided a nation.

THE COMEY RULE is not a biopic of one man, but is instead the story of two powerful figures, Comey and Trump, whose strikingly different personalities, ethics and loyalties put them on a collision course. The series was produced by CBS Television Studios in association with Home Run Productions, The Story Factory, and Secret Hideout.

We also believe that a company of our scale has a responsibility that goes beyond our business, and into the community. We’re committed to being Europe’s first net zero carbon entertainment company by 2030 – two decades before we have to – and we’re an inclusive employer recognised by The Times and Stonewall for our commitment to diversity.

NOW TV is the home of the best new and original British comedies, Oscar, BAFTA, and Emmy award winning dramas, Sky originals and movies. NOW TV customers can enjoy over 30 new movies every month and Sky Atlantic shows, without a contract.