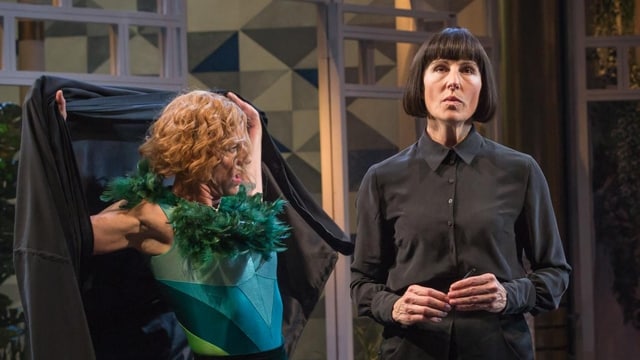 Sky Arts has today extended its headline sponsorship of National Theatre Live in the UK for a further three years. And this year, in a UK TV first, two of the theatre’s hit productions will also be screened directly to Sky Arts, the UK’s only dedicated arts channel which is now free for everyone to watch on Freeview channel 11.

A hugely successful project from one of the country’s leading theatres, National Theatre Live broadcasts critically-acclaimed performances to audiences beyond the theatre walls.

Jane Eyre, a National Theatre co-production with Bristol Old Vic, directed by Sally Cookson and starring Madeleine Worrall and Felix Hayes, won rave reviews for its depiction of the trailblazing heroine and her fight for freedom. Twelfth Night, directed by Simon Godwin and starring Tamsin Greig as Malvolia, will bring audiences Shakespeare’s well-loved tale of mistaken identity and unrequited love. Both productions will air on Sky Arts in December this year.

As part of the partnership, members of Sky’s loyalty programme, Sky VIP, will continue to have access to private regional screenings and backstage tours, with over 70,000 tickets made available to customers via the programme last year.

The extension of Sky Arts’ sponsorship of National Theatre Live, which began in 2017, forms part of Sky’s renewed mission to increase access to and drive participation in the arts at a vital time for the cultural sector, as it becomes a free-to-air TV channel.

Vanessa Woodard, Director of Partnerships, Sky Arts, said: “We are delighted to be continuing our partnership with the National Theatre. NT Live continues to be a fantastic way of making live theatre accessible to everyone and we are proud to be able to support this. With our shared values of driving accessibility, inclusion and participation in the arts, we look forward to exploring more collaborations between Sky Arts and the National Theatre in the future.”

Emma Keith, Head of Broadcast and NT Live said: “We’re delighted that Sky Arts is continuing its headline sponsorship of National Theatre Live in the UK for the next three years, a partnership based on our shared goals of bringing arts and culture to everyone across the UK. The theatre and cinema industry have been greatly affected over the last year due to the coronavirus pandemic and many challenges remain, however we are committed to continue sharing our work with audiences. We are thrilled that Jane Eyre
and Twelfth Night will be shown on Sky Arts this December, the first time NT Live titles will be seen on the small screen, and we hope many people will watch and enjoy them later this year.”

As the UK’s only dedicated arts channel, Sky Arts exists to bring more art to more people across the UK. By throwing open the doors to make the channel free to air, we want to increase access to and participation in the arts.

Offering something for everyone, whatever their passion, Sky Arts showcases the best of classical and popular music, theatre, opera, dance and the visual arts, as well as original drama and comedy.

National Theatre Live has distributed more than 80 theatre productions to 65 countries, reaching an overall audience of almost 11 million people since their first live broadcast of Phédre starring Academy Award® winner Helen Mirren, 11 years ago in 2009. National Theatre Live currently screens in 2,500 venues across 65 countries. Recent broadcasts include Cyrano de Bergerac with James McAvoy, Present Laughter with Andrew Scott, Fleabag with Phoebe Waller-Bridge, All My Sons with Sally Field and Bill Pullman, All About Eve with Gillian Anderson and Lily James, Antony & Cleopatra with Ralph Fiennes and Sophie Okonedo, Julius Caesar with David Morrissey and Ben Whishaw, and Cat on a Hot Tin Roof with Sienna Miller.

For more information on screenings and to sign up to the National Theatre Live newsletter, go to www.ntlive.com

Sky Arts is Headline Sponsor of National Theatre Live in the UK.

The best theatre scenes to act out at home | Ticketmaster UK