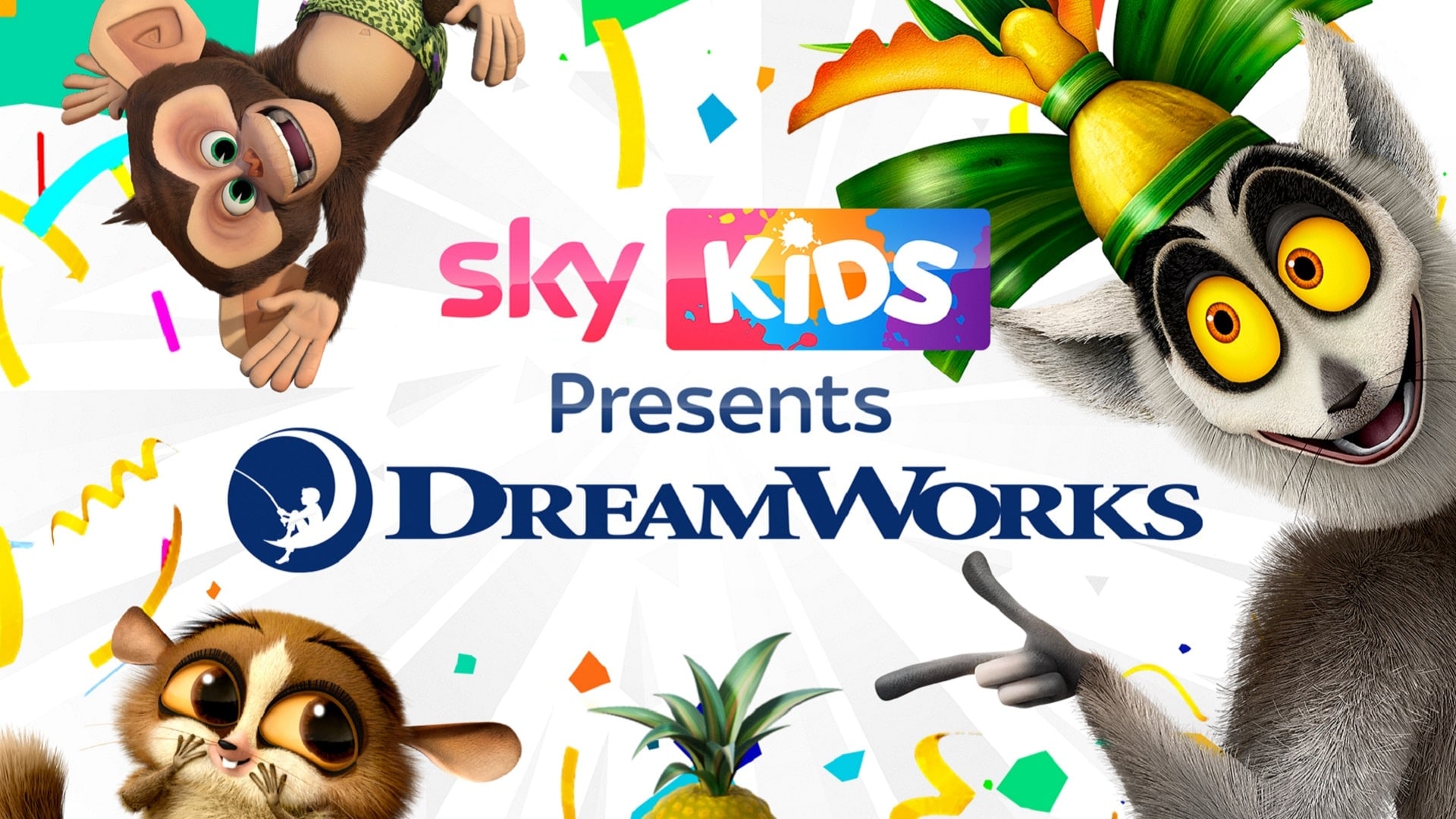 Sky and NBCUniversal Global Distribution announce a long-term partnership to bring Sky customers hundreds of hours of high-quality, animated series featuring well-known heroes from DreamWorks Animation. The deal bolsters Sky’s offering of stories for the whole family, ready to watch when and wherever they want, all in one place.

The deal includes access to new spin off series from hit film franchises such as How to Train Your Dragon, Trolls and Madagascar.

Sky and NOW TV customers in the UK and Ireland will enjoy exclusive access to the premieres of Madagascar: A Little Wild, TrollsTopia and Dragons Rescue Riders: Heroes of the Sky. Customers can also look forward to the return of a number of hilarious and bold characters in All Hail King Julien, Home Adventures with Tip & Oh and Dawn of the Croods.*

These new stories featuring iconic characters from DreamWorks will be available weekends on Sky One at no extra cost, on demand via the Sky Kids Pack and through the Sky Kids App, and on NOW TV Kids Pass from late October.

Stephen van Rooyen, EVP & CEO UK & Europe Sky said: “Our new partnership with NBCUniversal brings an impressive range of family favourites from DreamWorks Animation to Sky and NOW TV customers. Adding DreamWorks’ loveable stories of dreams, journeys and heroes alongside our originals and our partner content means customers can access the content they love, all in one place – easy.”

“Families are spending more time at home than ever before – as kids and adults alike love Dreamworks characters, hopefully this will help them enjoy more moments together.”

Belinda Menendez, President & CRO, Global Distribution and International, NBCUniversal said: “We are delighted to expand upon our long-standing relationship with Sky and NOW TV through this new deal that brings a vibrant, compelling slate of animated TV series to bolster the Sky Kids platforms. DreamWorks Animation has an outstanding pedigree in the realm of kids content and we look forward to partnering with Sky to bring these beloved characters and stories to homes across the UK and Ireland for families to enjoy.”

Sky already has over 5,000 episodes of on demand content from partners Viacom and Turner, and a host of impressive Sky Kids Originals such as Moominvalley and Morph. Kids can watch favourites like Peppa Pig, Paw Patrol, SpongeBob Squarepants, the Amazing World of Gumball, wonderful LEGO content and now exclusive shows featuring Dreamworks’ unconventional heroes, all in one place. All this is complemented by sitting alongside the apps – like Disney+ and Netflix – on Sky Q.

The Mighty Ones follows the hilarious adventures of the smallest of them: a twig, a pebble, a leaf and a strawberry who call themselves “the Mighty Ones.” These best friends live in an unkempt backyard belonging to a trio of equally unkempt humans who they mistake for gods. Despite their diminutive stature, The Mighty Ones are determined to live large and have fun in their wild world.

Inspired by the beloved DreamWorks Animation films, TrollsTopia is the next chapter in the hair-raising adventures of the trolls. Now that Poppy knows there are other musical trolls scattered throughout the forest, she bottles up her endless positivity and invites delegates from every troll tribe in the forest to live together in harmony in a grand experiment she calls TrollsTopia!

Cleopatra in Space is the untold story of Cleopatra’s teenage years when she is transported to a future galaxy that is ruled by talking cats and discovers that she is the prophesied saviour. In order to prepare her to be the saviour, she is sent to an elite academy where she has to train to take on the bad guys, figure out how to eventually get herself back home to Egypt, and tackle the highs

In a faraway corner of the vast and exciting Viking world, live ten-year-old Dak and his twin sister Leyla and five young dragons: Winger, Summer, Cutter, Burple and Aggro. Raised among these dragons friends, Dak and Leyla also developed the unique ability to undersand and speak with dragons. Together, the twins and their dragons go on exciting adventures, rescuing, defending and protecting other dragons while also helping out their adopted home of Huttsgalor!

King Julien is here to party, and no one can stop him from ruling with an iron fist…in the air, wavin’ like he just doesn’t care! All Hail King Julien brings the wild world of Madagascar to a totally original, totally hilarious and totally insane television series in which the king takes on the craziest adventures the jungle has to offer. A new cast of fantastic, colorful characters joins King Julien himself, along with his second-in-command Maurice, and the eternally devoted Mort. It’s a riot of color — not to mention a laugh riot — when viewers “All Hail King Julien!”

The world’s first family is back and funnier than ever in this all-new family sitcom! Eep, Grug, Thunk, Ugga, Sandy and Gran are taking the prehistoric Croodacious era by storm as they deal with modern-day problems for the first time ever in history. School, slumber parties and elections are some of the hilarious wonders of the modern life The Croods are discovering!

What happens after a misfit alien named Oh conquers Earth, befriends an adventurous teen girl named Tip and together they save the day? Oh moves in with Tip and her human family and finally discovers the true meaning of home. The galaxy’s dynamic duo are back in DreamWorks Animation’s Home: Adventures With Tip & Oh, a series jam-packed with outrageous laughs, tons of heart and contemporary urban pop music performed by teen singing sensation Rachel Crow (Rio 2, X Factor). Life on earth will never be the same!