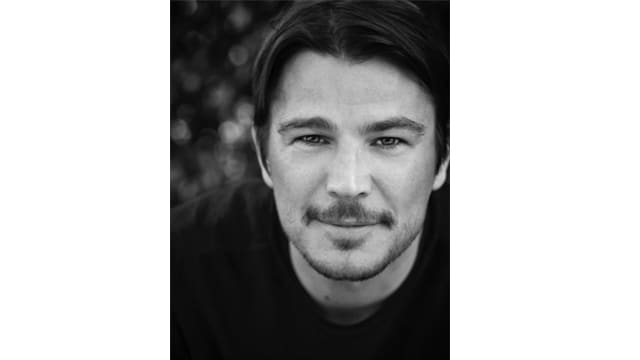 Sky have announced that internationally renowned actor Josh Hartnett (Penny Dreadful) is to star in the taut new Sky Original thriller The Fear Index based on the best-selling novel by Robert Harris. Adapted by Paul Andrew Williams and Caroline Bartleet, and directed by David Caffrey (The Alienist, Peaky Blinders), the fast-paced four-part limited series also sees Hartnett joined by Leila Farzad (I Hate Suzie, Innocent), Arsher Ali (The Ritual, Informer) and Grégory Montel (Call My Agent). Produced by Left Bank Pictures in association with Sky Studios, The Fear Index will begin filming this month in Hungary and will air on Sky Atlantic and streaming service NOW later this year.

Hartnett, also known for his role as Ethan Chandler in the much-lauded Sky Original series Penny Dreadful, will star as Dr Alex Hoffman, a computer scientist and genius who is ready to make a killing. Alongside his Hedge Fund business partner and best friend, Hugo (Ali), he’s launching VIXAL-4 to investors – an AI-driven system that exploits fear in the financial markets and operates at lightning speed to make big returns. The promise is billions, the rich are ready to get richer… but this is not the day Alex and Hugo had planned on. What follows is a fast-paced journey through the worst 24 hours of Alex’s life – cutting across reality, memory and paranoid fantasy, forcing him to question everything he sees with his own eyes.

In the pulse of Geneva’s financial district, Alex’s sanity is shaken after he is viciously attacked at his home by a man who knows all of his security codes. After more unexplained occurrences, Alex becomes convinced he’s being framed. But as secrets surface from his past, will anyone believe that he isn’t just losing his mind? Detective Leclerc (Montel), assigned to the case, struggles to work this former CERN scientist out, Hoffman’s talented artist wife, Gabby (Farzad) might just be losing patience this time, whilst Hugo’s only concern is the billion-dollar business on the line. Invention can be lonely, and in a modern world of AI, capitalism and technological breakthroughs, Dr Alex Hoffman might have to learn the hard way that it’s not always easy to foresee how destruction evolves from creation.

Gabriel Silver, Director of Commissioning, Drama, Sky Studios, said “Paul and Caroline’s scripts offer a relentlessly gripping take on a chilling Frankenstein parable of our times, and we are delighted to be working with Left Bank and the incredible cast led by Josh Hartnett to bring Robert Harris’s thrilling story to Sky viewers later this year.”

Sharon Hughff, Executive Producer, Left Bank Pictures, said “This could not be a more timely moment to explore the sinister application of AI, and we are very excited to partner with Sky to bring Robert Harris’s prescient thriller to the screen .”

The Fear Index will air on Sky Atlantic and NOW in the UK and Ireland, and will be available in all Sky markets. International sales for The Fear Index will be handled by NBCUniversal Global Distribution on behalf of Sky Studios.

Sky is Europe’s leading media and entertainment company and is proud to be part of the Comcast group. Across six countries, we connect our 24 million customers to the best entertainment, sports, news and arts including our own award-winning original content.

Our technology, including the market leading Sky Q, connects people to everything they love – with entertainment from Sky TV, Netflix, Disney+, Amazon Prime Video and BBC iPlayer, and apps like Spotify, YouTube, BBC Sounds, Highbrow, Fiit, and more, in one place, easy. Our streaming service NOW, brings viewers all the enjoyment of Sky with the flexibility of a contract-free service.

Building on the success of Sky Originals like Chernobyl, Bulletproof and Brassic, we are doubling our investment in original content by 2024 through Sky Studios. Sky News provides impartial and trustworthy journalism for free, Sky Arts is the UK’s only dedicated free-to-air arts channel making the arts accessible for everyone and Sky Sports, our leading sports broadcasting service brings customers some of the biggest and best global sporting events from the Premier League to Formula 1 and everything in between. Our new TV and movie studio, Sky Studios Elstree, which will open in 2022, is expected to create over 2,000 new jobs and generate an additional £3 billion of production investment in the UK over the first five years.

Sky, WarnerMedia and ViacomCBS ‘Turn on the Subtitles’ for more than 500 episodes of their most popular kids’ content