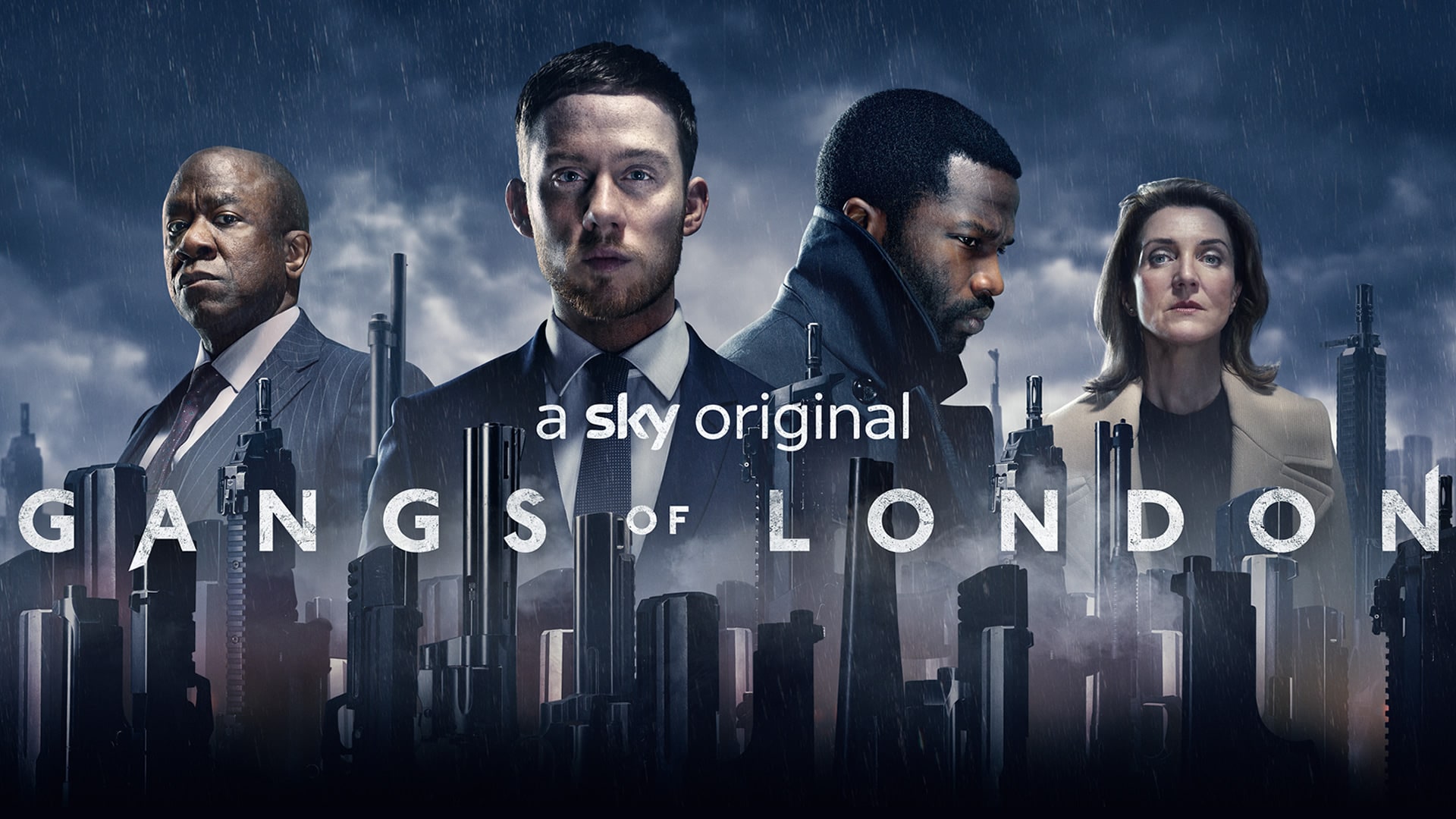 Sky original Gangs of London exploded on to screens with a 7 day cumulative audience of 2.23m* viewers for the opening episode, making it Sky Atlantic’s second biggest original drama launch ever.

Other recent successes for Sky Atlantic’s ambitious original drama slate include Save Me Too, Britannia and multi-award winning Chernobyl – which won 10 Emmy Awards and saw viewing increase over the course of the series with the final episode achieving an audience of over 4m, becoming Sky Atlantic’s most watched original drama ever.

Gangs of London is also Sky’s most binged show this year with 997k choosing to watch to the ninth and final episode of the series within two weeks, and which has already increased to 1.26m as the series pushes into its third week.

There have been over 16.6m downloads across the series so far.

Director of Drama and Sky Studios, Cameron Roach said “We are delighted by the response to Gangs of London and to have brought Gareth Evans’ unique cinematic vision to the small screen for the first time. This epic saga, with family at its heart and visceral action-packed fight sequences has taken audiences on an immersive journey into the underbelly of London’s modern-day criminal underworld. The record-breaking results are testament to Sky’s ongoing commitment to innovation and championing the very best of bold, British drama.”

The series launched to much critical acclaim, with multiple 4-and 5 star reviews and EMPIRE calling it ‘Intensely cinematic in a way that is rare for British TV…… the British gangster thriller has never seen anything like this before’ whilst GQ said ‘Gangs Of London is a strong early contender to be the best show of the summer’. In addition to this, the show already sits on an IMDB score of 8.6, earning it a place in IMDB’s top 20 most popular shows this year.**

Gangs of London is produced by Pulse Films in association with Sister for Sky Studios with all episodes available to watch on Sky and NOW TV now.

The Metro ***** “epic… with more than a touch of Quentin Tarantino”

Esquire “The channel’s biggest series since Game of Thrones”

Evening Standard “this show guarantees to pack a punch”

*Based on BARB 7 day cumulative data for Gangs of London episode 1, collected on transmissions from 22nd – 29th April. This includes linear viewing, catch up, VoD and repeats and is recorded across all compatible Sky devices.

We also believe that a company of our scale has a responsibility that goes beyond our business, and into the community. We’re committed to being Europe’s first net zero carbon entertainment company by 2030 – two decades before we have to – and we’re an inclusive employer recognised by The Times and Stonewall for our commitment to diversity.