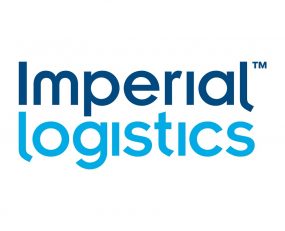 Imperial Logistics has announced a new structure to reflect its strategic focus. The new management team will be effective as of July 2020.

Effective July 2020, Johan Truter will take on the role of CEO: Market Access. Integral to Imperial’s ‘Gateway to Africa’ strategy, its’ market access solutions see Imperial taking ownership of inventory and responsibility for the full order to cash function.

The market access business currently operates across various regions in Africa, with plans to further expand into additional regions including South Africa and the Middle East. Imperial’s activities currently focus on two key and defensive industries – healthcare and consumer. Truter will lead plans to expand Imperial’s market access footprint and into other key industries in time. He will also drive differentiation for Imperial in this space by leveraging technology and data and offering value-added services to principals – unlocking operational efficiencies and new revenue streams across the value chain.

Effective July 2020, Edwin Hewitt will hold the position of CEO: Logistics Africa – encompassing road freight, contract logistics and LLP in Africa. Logistics will continue to play an integral role in achieving Imperial’s ‘Gateway to Africa’ and ‘One Imperial’ strategic imperatives, leveraging cross-selling and upselling opportunities with its market access business. Imperial will continue to move from asset-heavy industries to asset-light – with Hewitt leading Imperial’s expansion into new industries such as retail and e-commerce.

Hewitt has previously led companies such as DAWN and Capital Africa Steel in his capacity as chief executive officer, and also served as the chief restructuring officer of PPC and group executive director of Murray & Roberts.

Effective July 2020, Hakan Bicil will be appointed to CEO: Logistics International – encompassing road freight, contract logistics, air/ocean, and LLP outside Africa. Bicil will continue to be responsible for Imperial’s contract logistics and freight businesses in Europe and the United Kingdom. In this role, Bicil will also leverage existing client, principal, and customer relationships for revenue growth.