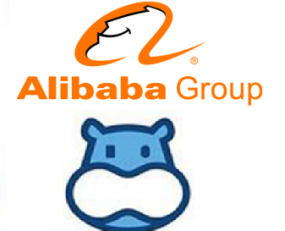 Beyond Meat has teamed up with Freshippo to launch its products in the Alibaba Group-owned New Retail supermarket as the plant-based market grows in China.

Los Angeles-based Beyond Meat is launching its flagship Beyond Burger – a plant-based meat burger designed to replicate the flavour and texture of a hamburger patty – in 50 Freshippo stores in Shanghai this weekend. The brand will later roll out the product more broadly, starting with select locations in Beijing and Hangzhou in September.

This marks Beyond Meat’s first foray into mainland China’s supermarkets since entering the market in April. Earlier this year, Beyond Meat announced launches with Starbucks and Yum China, the local owner of some of the country’s most popular fast-food restaurants, to introduce new menu items containing its plant-based proteins. The brand said its products were available at approximately 94,000 retail and foodservice outlets in 75 countries worldwide, as of the first quarter of this year.

“Beyond Meat and Freshippo share a vision of bringing innovative shopping experiences and products to our customers,” said, Zhao Jiayu, Senior Director and Head of Merchandising at Freshippo, “Freshippo’s New Retail technology will enable plant-based meat to grow in China by meeting the modern Chinese consumer’s expectations whether they are shopping online or offline.”

More:  Dachser announces Executive Board for 2021

“We are proud to partner with Alibaba’s Freshippo, a dominant player in the retail space, to introduce our hallmark Beyond Burger to home cooks throughout China,” said Ethan Brown, Founder and CEO of Beyond Meat. The company said its Beyond Burger is not just limited to burgers but can be adapted into Chinese recipes, including for fried rice and noodles as well as dumplings.

Freshippo, also known as Hema in Chinese, is Alibaba’s most successful example of New Retail to date and serves as a testbed for innovations that can be leveraged by other retail partners, such as RT-Mart and Starbucks. Since opening its first store in 2016, the chain has soared in popularity with Chinese consumers thanks to its tech-driven, mobile-first shopping experience, which includes everything from 30-minute online-delivery services and unmanned checkout kiosks to mobile-scanned product details and fulfilment conveyor belts.

China remains the world’s largest consumer of meat, with a retail value estimated at $170bn annually, according to market-research company Euromonitor. But as plant-based-food upstarts are tipping towards mainstream acceptance. Chinese consumers have also become more health-conscious in recent years, and the trend has only been further accelerated by the pandemic. Per a China survey published last month by global management consultancy McKinsey, more than 70% of respondents said they’d spend more time and money purchasing safe and eco-friendly products, while three-quarters said they wanted to eat more healthily after the crisis.

The UPS Store Offers Entrepreneurs A Chance For Up To $25,000