822 reports of suspected market manipulation were made to the FCA last year (year end Dec 31 2019) by market participants, suggesting that the problem is far from being eradicated*, says RPC, the City-headquartered law firm.

The number of reports of market manipulation saw a slight increase last year, rising from 812 in 2018 (see graph).

Market manipulation is the attempt to artificially increase or decrease the price of an asset, index or its derivative in order to make a gain. Following the LIBOR scandal that broke in 2012, the laws relating to market manipulation were significantly tightened up. This included criminalising the attempted manipulation of benchmarks (Financial Services Act 2012).

Market manipulation has been investigated by regulators in a wide range of asset classes, including bonds, Forex, oil, gold, silver, palladium and platinum. However, 60% of reports to the FCA last year related to suspected manipulation of equities and equity derivatives.

RPC says that reports of market manipulation are likely to have been made by brokers, trading houses and fund managers who identify suspicious price movements or order flows being posted by other market participants.

Simon Hart, Partner in RPC’s Banking and Financial Markets Disputes team says: “These statistics show that market manipulation has not gone away as a problem.”

“Whilst banks, brokerage firms and other market participants have significantly improved their compliance controls over the years, it is clear that problems remain.  However, the very existence of better internal systems and controls may itself be leading to more concerns being identified and reported.”

“It is often in periods of major market turbulence that more serious examples of market manipulation get unearthed.”

“Market manipulation does not need to be on the scale of the LIBOR or FX for there to be a negative economic impact on other innocent market participants.  Every distorted market carries a cost for someone.”

High profile instances of market manipulation since the 2008 financial crisis include:

Reports of market manipulation to the FCA rise 23% since 2017 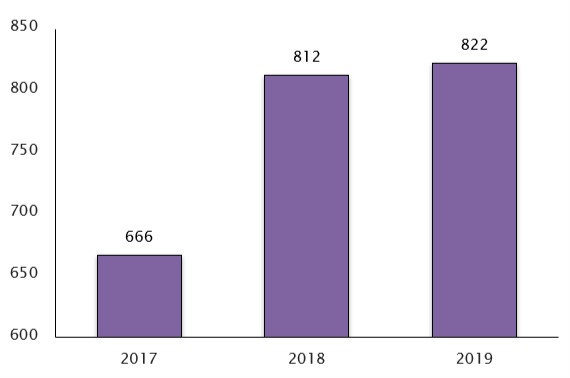 Stephenson Harwood named one of the 2020 eprivateclient Top Law Firms