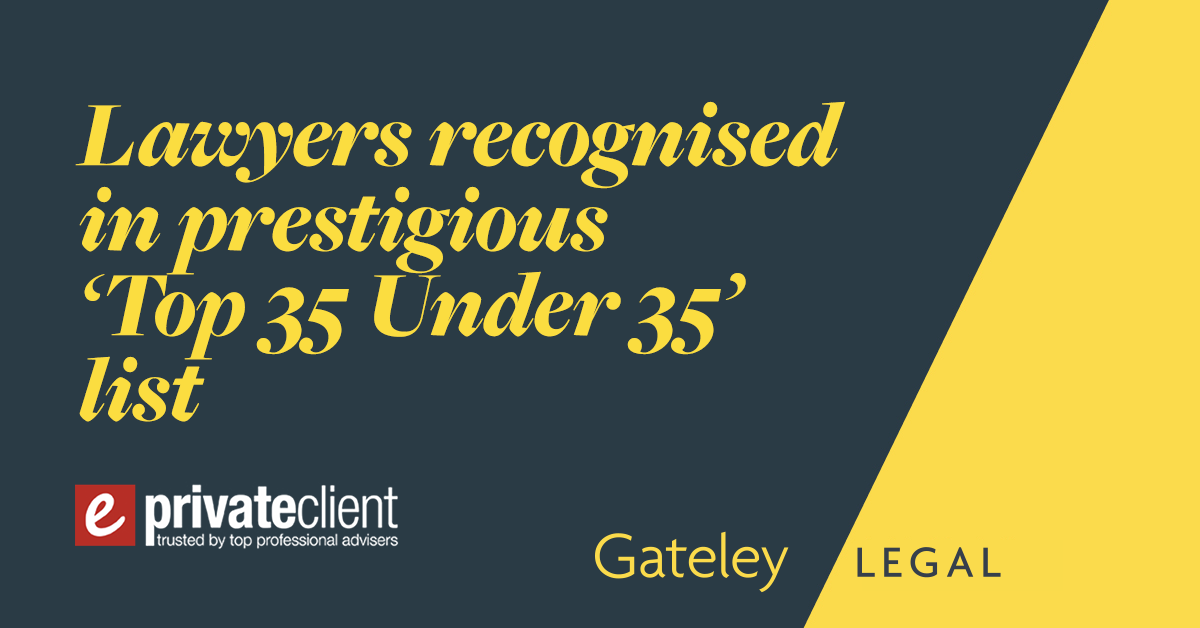 The London office of Gateley Legal has seen two private client lawyers recognised in Eprivateclient’s list of ‘Top 35 Under 35’.

The annual list is designed to recognise, celebrate and promote the rising stars of the private wealth advisory sector within the UK and UK Crown Dependencies, whether they be lawyers, accountants or work in any other professional intermediary.

Eprivateclient collated over 540 nominations for the ‘Top 35 Under 35’ list, an increase on the almost 500 nominations from 2019, and each nominee was judged meticulously on their strengths.

Private client partner and colleague of Ravi and Louise, Richard Jordan, said: “At Gateley Legal, we support and nurture young talent and always put our clients first. That’s why we get our kicks from being the best at what we do and why two team members have been recognised. Thank you to all those who took the time to support the nominations of two of our most talented lawyers.

Switch to online comes with competition law risks for retailers

Travers Smith advises on the sale of Connexas Group to AddSecure