The Association of British Insurers is calling for the Money Purchase Annual Allowance (MPAA) to be scrapped in the Budget so pension savers who have had to dip into their retirement savings during the pandemic are not penalised for paying it back when they can. It will also incentivise older workers to continue to save into their pension, improving their financial resilience.

It does not take much to exceed the MPAA. People on the average salary for a 50-59* year old (£33,231) paying the minimum employer and employee contributions would only have to pay an extra £151 a month to their pension to exceed the MPAA and miss out on pensions tax relief for contributions above that amount. Someone earning the average salary for over 60s (£28,854) would have to pay an extra £183. It also means additional paperwork, including filling in a tax return and having to tell any other pension schemes that the MPAA applies to you.

ONS data on the labour market released on Tuesday shows the number of people unemployed aged 50 – 64 has increased by over 43% since the start of the pandemic from 276,000 to 395,000 people.*** The unemployment rate is at its highest level since 2014 (4.1%), this could lead to further increases in people accessing their pension early. 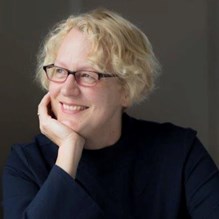 Yvonne Braun, Director of Policy for Long-Term Savings and Protection at the Association of British Insurers said:

“Covid-19 has shown that households’ financial resilience can be fragile and addressing that should be a central part of the nation’s Covid-19 recovery. Our data suggests that pension withdrawals have not yet substantially increased but the continued uncertainty and insecure job market could mean more people dipping into their retirement savings to get by. Removing or increasing the Money Purchase Annual Allowance will help incentivise older workers to save. This will improve their financial resilience and also make sure people are not penalised for doing the right thing by paying money back into their pension when they can afford to.”

*The average salary for 50-59 year olds and 60+ year olds is taken from the ONS Annual Survey of Hours and Earnings. Workings for the additional contributions below to exceed the Money Purchase Annual Allowance of £4,000.

More:  ABI responds to The Independent Review of Flood Insurance in Doncaster ABI

The calculations are indicative only and that individual tax advice should be taken to reflect all the relevant facts before any action is taken.

The MPAA exists to prevent people deliberately taking tax-free cash from a pension and then getting tax relief again by putting it back in. But the ABI would like to see this ‘recycling’ prevented using existing laws, which means that a payment is unauthorised if it is intended to exploit the system.