The need for the financial safety nets and support services provided by protection insurance has become more important in recent weeks. Insurers have pledged to help customers, the NHS and companies who are likely to be making higher than usual claims in the future.

The data also shows that: 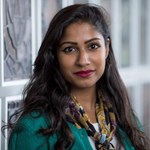 “The biggest ever pay out in protection insurance shows how vital this cover is for people who need support at a difficult time. The high number of claims paid should give people confidence they can trust that their insurance provider will be there when they need them, helping families get back on their feet and providing valuable safety nets when the worst happens.

“During uncertain times, when insurers are doing what they can to support individuals, families and the NHS, being able to have this confidence is more important than ever.”

Figures for the whole protection market (individual and group):***

*Includes figures from the Association of Financial Mutuals

**Figures are for new claims, as well as income protection claims in payment

***2019 saw a steep increase in the number of new claims paid, as well as some significant changes to average claim amounts. It should be noted that these changes are partly due to a reporting change, and comparisons of these figures to those reported in previous years should be made with caution

Environmental, Social and Governance factors in the insurance sector