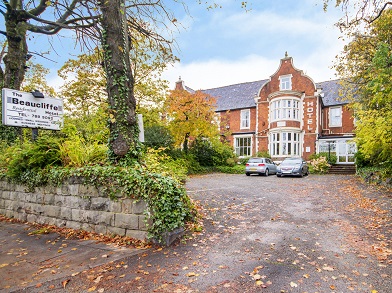 Beaucliffe Hotel, a family-run hotel located in Salford, Greater Manchester, has been purchased by Tariq Mushtaq of First Choice Investments through Christie & Co, for an undisclosed sum.

The property is well-known for featuring in several episodes on the popular British television drama Coronation Street, with Jack and Vera Duckworth.

The Beaucliffe Hotel is well positioned within a predominantly residential area on Eccles Old Road, a busy main road which sits nearby a number of retail shops as well as the Salford Royal Hospital.

The hotel is also within three miles of some of Manchester city’s major attractions, including Old Trafford Football Stadium, Media City, the Lowry Centre, Manchester City Centre and the Trafford Centre. As such, the business draws in a mixture of tourists, business travellers, hospital staff and visitors and Manchester United supporters during match days.

Set in a traditional Victorian property with many original features, the hotel has been operated as a bed & breakfast by the previous owner, Nasser Dean for the past sixteen years.

It offers 21 en-suite bedrooms, along with a spacious guest lounge and breakfast room. In addition, the hotel features a bar which has been closed for a number of years and to the rear of the property there is a 1960s annexe which houses a three-bedroom owners flat and private garden.

When Dean decided it was time to sell the business and enter retirement, he approached Tom O’Malley, Associate Director in Christie & Co’s Hospitality team to handle the sale.

He commented, “We would like to thank Tom O’Malley and Keith Stringer from Christie & Co for their professionalism in dealing with this sale and their help and guidance throughout the process. After 16 years of ownership this was a sentimental sale and during what can only be described as the most difficult period, we were kept informed and updated by Christie and Co throughout.”

Tom O’Malley from Christie & Co comments, “Due to the size, style and location of Beaucliffe we anticipated that the hotel would receive a number of offers from interested parties and despite coming to market during the ongoing COVID-19 pandemic, this was in fact the case. The deal was agreed during lockdown which highlights strong buyer appetite remains for hotel assets.”

Grubhub Kicks Off Third Year Of RestaurantHER, Continuing Support For Women In The Restaurant Industry