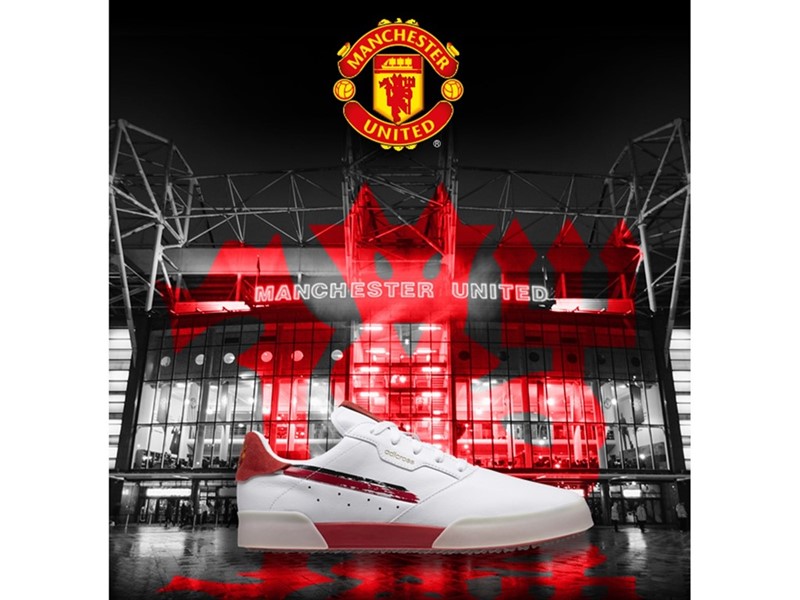 The word ‘pitch’ may have different meanings in football and golf, but today those worlds collide in the form of a limited-edition silhouette designed for the course. The adicross Retro Manchester United Edition will give The Red Devils yet another way to represent their team, whether they’re cheering after a stunning goal by Pogba or hitting a big drive off the first tee. The new footwear is available in both Europe and Japan starting today.

The adicross Retro is one of adidas Golf’s throwbacks to street style combining performance footwear with a lifestyle silhouette that’s suitable both on and off the course. This special colourway incorporates the world-famous black and red of Manchester United alongside the unmistakable club crest.

“adidas has a long relationship with Manchester United and we wanted to do something fun for the fans so they could represent their team on the course,” said Masun Denison, global director of footwear, adidas Golf. “Hopefully this gives the supporters the chance to combine their passion for Manchester United, along with their love of golf.”

The adicross Retro features a durable spikeless outsole for wear-anywhere versatility, alongside a waterproof leather upper for those rainy matchdays.

The adicross Retro limited edition is available today in both the UK and Japan, priced at £84.95, via www.adidas.com and Manchester United retail stores.