There’s nothing quite like a hot dog or the aroma of garlic fries to make your T-Mobile Park gameday experience complete. But with the Seattle Mariners playing 2020 season games without fans in the stands, Centerplate’s T-Mobile Park Executive Chef Taylor Park is stepping up to the plate to creatively help fans make the most of their Opening Day at Home by bringing the ballpark menu to fans.

Chef Taylor and Seattle restaurateur Ethan Stowell will cohost a video cooking demonstration on the Mariners YouTube Channel at noon on Friday, July 31. Chef Taylor will prepare some of the T-Mobile Park gameday specials that have made the ballpark one of the best dining experiences in all of pro sports. Chef Taylor will be at T-Mobile Park and Chef Stowell will join remotely to share his experiences of over a decade as ballpark Consulting Chef.

On the menu will be the Hempler’s sausage sandwich (you can almost smell the grilled onions!), the Marco Pollo, a shredded chicken tinga sandwich that was to be introduced this season at the Sultan of Sandwich concession stand, and the fan favorite made-to-order ice cream sandwich from The Frozen Rope, this one featuring the famed Metropolitan Market’s “The Cookie,” with two kinds of Belgian chocolate, toasted walnuts and a sprinkle of fleur de sel and Lopez Island ice cream.

Chef Taylor will also whip up some specialty cocktails including the T-Mobile Park-exclusive Magenta Mojo and Mariners Margarita. Enjoy responsibly, of course.

Recipe cards for the menu items will be available for download during and after the YouTube premiere.

“We will miss hosting the loyal Mariners fans this upcoming season, but we are happy to leverage technology to connect in new ways,” said Centerplate Executive Chef Taylor Park. “I look forward to welcoming everyone to our virtual kitchen and offering up a taste of our dishes that are always a hit with the crowd each and every season.”

Here’s a preview of some of the menu items that will be featured in the YouTube demo:

Mariners Margarita: House made classic margarita with Hornitos tequila (in a special Mariners-branded bottle, that is available at numerous retail outlets). The cocktail may also include a toasted grasshopper garnish, straight from Edgar’s Cantina in the T-Mobile ‘Pen. 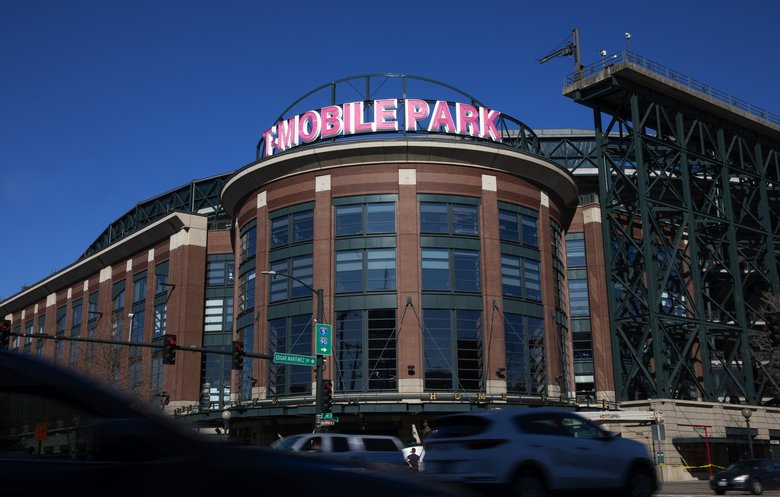 Taylor is the Executive Chef for Centerplate at T-Mobile Park, home of the Seattle Mariners and one of the best gameday culinary experiences in all of sports. Taylor joined the sports and entertainment industry in 2012 as an Executive Sous Chef at Century Link Field with the Seahawks. He has also served as the Executive Sous Chef for Oracle Arena and the Golden State Warriors. Over his distinguished career, he has been a key member of the culinary team for nationally acclaimed events such as The Grammys, Kentucky Derby, America’s Cup, the NBA Finals and the BNP Paribas Open at Indian Wells. Prior to working in sports and entertainment, Taylor spent several years as an Executive Chef in the greater Seattle area, opening new restaurants in Edmonds, WA as well as running the dining program for a private country club. Taylor also spent three years at the prestigious Canlis restaurant and Ray’s Boathouse on the picturesque Puget Sound. He has also worked at several top resorts around the world, including the Cloisters in Sea Island, Georgia and the Cuisinart Resort and Spa in Anguilla in the British West Indies. Taylor holds a Bachelor’s Degree in Nutrition and Associate Degree in Culinary Arts from Johnson and Wales University in Providence, Rhode Island.

Centerplate is a leader in live event hospitality, “Making It Better To Be There®” for more than 115 million guests each year at more than 200 prominent entertainment, sports and convention venues—including Hard Rock Stadium and the Miami Beach Convention Center. From hosting VIPs at the Super Bowl to superheroes at Comic Con, the company provides hospitality services to North America’s premier events. A Sodexo company, Centerplate creates unique, locally inspired menus, best-in-class guest service, and one-of-a-kind experiences backed by world-class design and insights teams. Visit the company online at Centerplate.com, connect via Twitter @centerplate, Instagram @Centerplate_ or Facebook.com/centerplate.

Ethan Stowell is CEO and Founder of Ethan Stowell Restaurants. Ethan grew up in Seattle and is self-taught. He was named one of Food & Wine’s Best New Chefs in America in 2008 and has been nominated for more James Beard Awards than he cares to remember. He opened Union in 2003 and hasn’t looked back.