Contractors are eyeing a £26m deal to build two new train stations in the West Midlands.

The job for Transport for West Midlands will see new stations built at Willenhall and Darlaston in the Black Country on the route between Walsall and Wolverhampton. 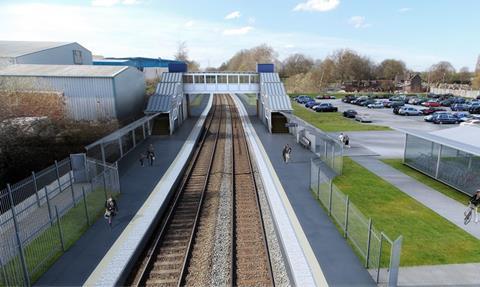 The towns’ original stations closed in 1965 as part of the Beeching Cuts. Services to Darlaston restarted in 1998 but stopped after a decade due to low traffic, with both of the original stations since being demolished.

Both new stations will have two platforms, each with lift access, a footbridge linking the platforms, surface car parks and drop-off facilities, with the job also including signalling works.

The contract will run from 23 February 2021 until 30 June 2022, with construction slated to begin early next year.

Aecom is working on the design of both stations with SLC property acting as planning consultant.

The two new stations are among of a string of new upgrades planned for the region.

Planning was submitted for a new station at Moseley in May following green lights for new stations at Kings Heath and Hazelwell, while a £56m redevelopment of Birmingham’s University station was approved by West Midlands mayor Andy Street in July.

Street has been a vocal supporter of upgrading rail connectivity in the greater Birmingham area ahead of the arrival of phase one of HS2, which will terminate at Grimshaw and WSP’s £570m Curzon Street station.

More:  Aecom adds to board of directors

In February the mayor outlined a £15bn plan to build eight new rail lines and 21 stations in the region by 2040, including underground tube-style tunnels and a circular route in Birmingham city centre.