Sumitomo Electric Industries, Ltd. has collaborated with Central Japan Railway Company (JR Central) to develop air springs that contribute to a comfortable ride and energy savings for Shinkansen bullet trains, and has started to deliver them for JR Central’s new N700S trains. Sumitomo Electric is pleased to announce that it has received a letter of gratitude for the development of this product from Mr. Takayuki Oyama, Director and Corporate Executive Officer, Director General of the Shinkansen Operations Division of JR Central. 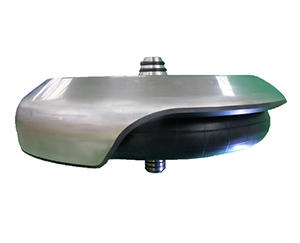 Air springs play an important role in improving the riding comfort of a train. Installed between the body of a train car (mainly consisting of the passenger compartment) and the bogie unit (consisting of a bogie and wheels), air springs significantly reduce the vibration transmitted from the wheels to the body. Sumitomo Electric has conducted research on air springs since 1955. Its air springs have been used in various domestic and overseas trains, including Shinkansen bullet trains, commuter trains in the metropolitan areas of Japan such as the Yamanote Line, the New York City Subway and the Delhi Metro.

Conventional air springs were designed to reduce train car vibration lateral to the direction of travel. However, as horizontal vibration is reduced, vertical vibration becomes more noticeable. Therefore, to further improve riding comfort, Sumitomo Electric has developed air springs that are not only flexible (which is a normal characteristic of air springs), but also “hold” the train body as it sinks. The Company has succeeded in putting such air springs into practical use. These air springs reduce vertical vibration thereby enabling high-speed running, contributing to a better balance between high-speed transportation and a comfortable ride.

The specifications of this product have been adopted as the standard for air springs used in N700S, trains that JR Central began to procure in 2019, and Sumitomo Electric has begun to deliver the air springs to JR Central. On October 2, 2020, Sumitomo Electric received a letter of gratitude from JR Central in appreciation for its efforts toward the realization of safe and stable transportation, which started with the development of the new air springs and have continued through quality improvement activities (N700S High-Quality Activities).

N700S trains have been used on the Tokaido and Sanyo Shinkansen Lines and are to be introduced on the Kyushu Shinkansen’s West Kyushu Route (commonly called the Nagasaki Route), which is scheduled to start operations in fiscal 2022. Since JR Central has been expanding its overseas operations, N700S trains are expected to be adopted outside Japan, too. 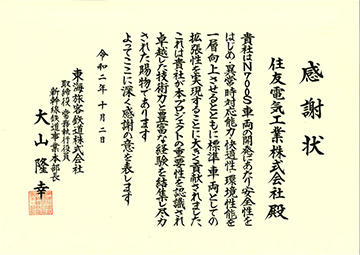 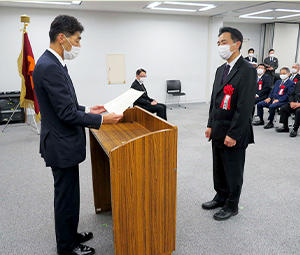 A scene from the letter of
gratitude presentation ceremony

Recreational Vehicles More Popular Than Ever