Today is Juneteenth, a day that commemorates the end of slavery – the emancipation of nearly 4 million slaves – in the United States. Specifically, Juneteenth marks not only the emancipation itself, but importantly the message of liberty finally getting to an enslaved group in Galveston, Texas who hadn’t received word that the Emancipation Proclamation was signed two years earlier. 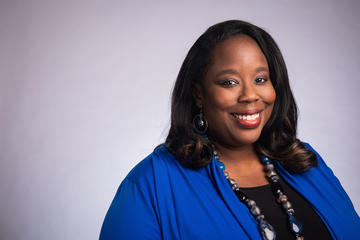 This might be the first time that many have heard of Juneteenth. For others, it may resonate in new ways during yet another earth-shattering racial crisis.

While this year’s Juneteenth is a time of reflection and education, traditional celebrations include gatherings with strawberry soda-filled glasses (the first drink freed slaves celebrated with since they were not allowed this drink on plantations), red velvet cake and red beans and rice. The sea of red foods symbolize perseverance. Among them is often the standout tea cake – a spice-infused, sugar cookie-like treat, and a bite of Black history passed down over generations as an improvised version of admired pastries in plantation parlors.

Juneteenth reminds us how recent our past truly is. Although the U.S. has moved beyond this form of slavery, we have not fully acknowledged the lasting and residual impact it has had on our world. From before 1865, through the Civil Rights Movement, to now – racism and injustice have played out in far too many hashtags to count. Many tangible actions can and need to be taken, and we will not discount those. But perhaps the greatest call to action is this: we cannot remain silent in the full sight of wrong.

We must grapple with our past to make sense of our present in order to course correct the future. Whether in our homes, communities, workplaces, or more – we must become anti-racists. Anti-racism, an important step beyond pro-equality – helps abolish silent oppression. It bridges the gap between knowing what’s right and doing what’s right – especially when equity is within reach.

We don’t have two more years to waste. Our world cries out for justice. Let’s not remain silent or be part of continued delay. Juneteenth isn’t simply an African-American milestone; it’s an American milestone we should all take time to acknowledge.

Consider making today a day of education, reflection and commitment to use your voice, influence or privilege to right our societal wrongs. And yes, it’s okay to be festive, enjoy your favorite foods and a tea cake or two (or in my case, three). #UntilWeAllCare #BlackLivesMatter