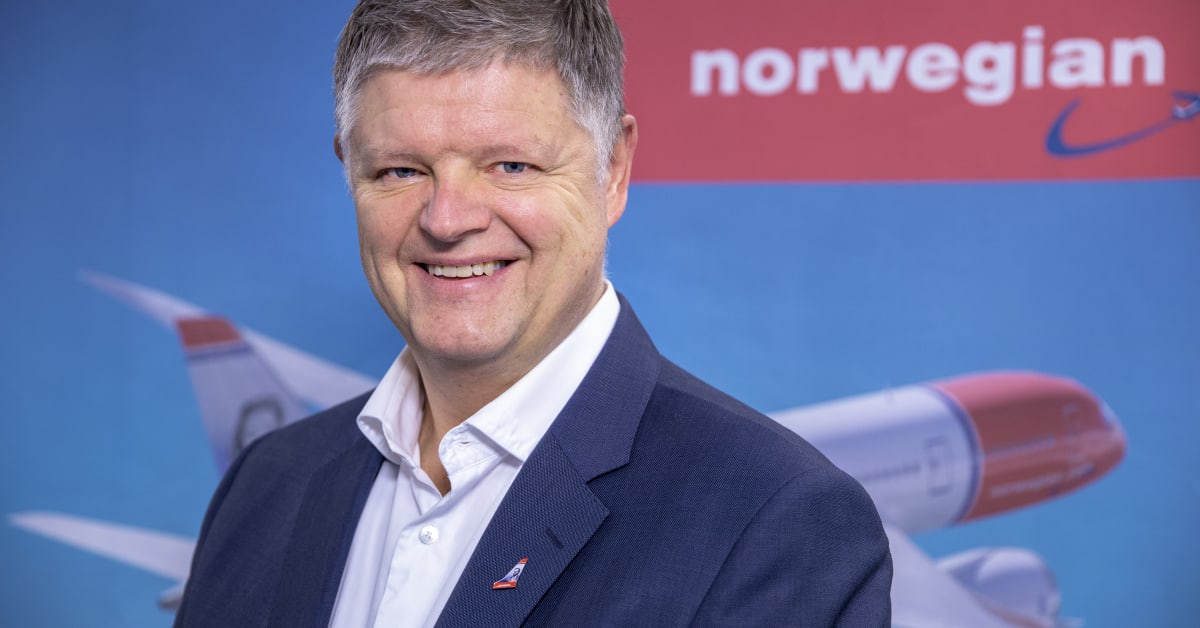 Norwegian’s Board of Directors has today appointed Jacob Schram as CEO of Norwegian, starting January 1st 2020. Geir Karlsen will continue as CFO and Deputy CEO.

“I am very pleased to announce that Jacob Schram has been appointed new CEO of Norwegian, after a thorough search process. His extensive management experience from global companies, proven leadership skills, strong commercial consumer orientation and impressive track record of value creation will greatly benefit Norwegian as the company enters into a new phase. I look forward to working with Jacob Schram and the rest of the Norwegian management team. Together we will drive efficiency and continuous improvements to the benefit of our customers, shareholders and employees,” said Niels Smedegaard, Chairman of the Board of Directors at Norwegian.

“I would like to take this opportunity to thank our CFO Geir Karlsen for his remarkable efforts since Bjørn Kjos stepped down in July. During the last months, the company has taken a series of measures which has resulted in strong financial improvements. Profits in the company’s third quarterly results were the highest ever and the company has also taken several actions to increase liquidity and reduce capital commitments. I am naturally very pleased with Geir’s decision to focus entirely on his role as CFO. Geir will also continue as Deputy CEO. With Jacob Schram and Geir Karlsen in the top management, we now have an outstanding team in place to take the company forward,“ said Smedegaard.

More:  Norwegian to cancel approximately 3000 flights and implement temporary layoffs due to the effects of COVID-19

Jacob Schram (57) has 30 years of experience from large international companies. He has previously held managing roles in Circle K, Statoil Fuel & Retail (SFR), McDonalds and McKinsey. As CEO, he led the process of publicly listing SFR on the Norwegian Stock Exchange in 2010. When Couche-Tard acquired SFR in 2012, he held the position as Group President for Europe until he stepped down in 2018. Schram initiated and led the global rebranding to Circle K at more than 10 000 stores across Couche-Tard’s international network and service stations.

Schram is also the author of the book “The Essence of business”. During the last year he has worked with private investments, start-ups and presentations related to his book and the topic “Future mobility 2030”, in addition to holding the position as Senior Advisor at McKinsey. Schram has a Master’s degree in Economics from Copenhagen Business School. He is a Norwegian citizen.

“Norwegian has made aviation history and I am honored to take on the role as CEO. The airline industry is characterized by strong competition and unforeseen events, but it is also an industry that is important to people everywhere. I look forward to using my experience to build on the strong foundation laid down by Bjørn Kjos, Geir Karlsen and the rest of the talented and dedicated Norwegian team. Now, my main focus will be to bring the company back to profitability and fortify the company’s position as a strong international player within the aviation industry,” said newly appointed CEO of Norwegian, Jacob Schram.

More:  Norwegian reports its best ever quarterly result with a profit before tax of NOK 2.2 billion

ASTA Names American Its Airline Partner of the Year